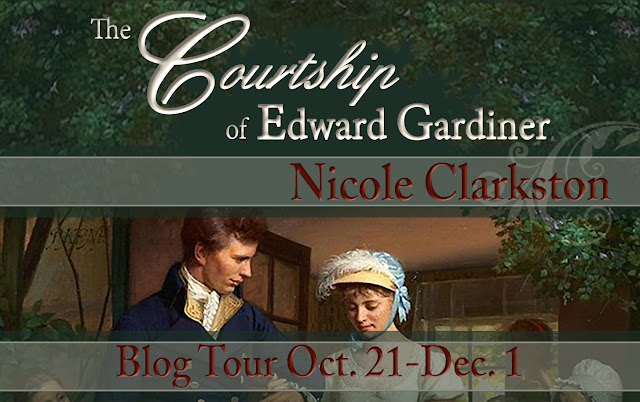 Hello fellow Readers and welcome to another delightful blog tour!
Today I have the pleasure of reviewing 'The Courtship of Edward Gardiner' by Nicole Clarkston, plus Nicole's generously offering one lucky winner a copy of 'The Courtship of Edward Gardiner' for each stop of the blog tour. I would also like to say a special thank you to Rita Deodato at 'From Pemberley to Milton' for kindly helping to bring this Blog tour to fruition. 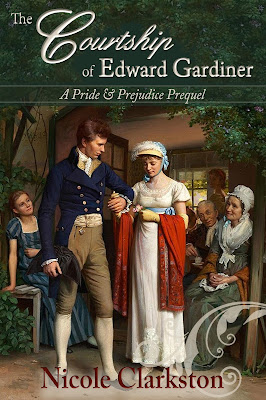 Every great love has a beginning.


In Austen's Pride and Prejudice, we meet with perhaps the most sensible, caring relatives a lovelorn young woman could hope for: Mr and Mrs Gardiner. What is their story?
Edward Gardiner has just been refused by the lovely young woman he had intended to make his wife. Heartbroken and eager for a diversion, he accepts an invitation from his brother-in-law, Thomas Bennet, to accompany him along with his two eldest daughters to the north on family business. Gardiner's pleasure tour is interrupted, however, when his eldest niece falls ill and is unable to travel farther.


Stopping over in the scarcely remarkable village of Lambton, the men decide that Bennet must continue on, while Gardiner and the children remain. The only trouble is that Gardiner has not the least idea how he should care for one ailing niece and another who is ready to drive him to distraction... until he meets with Madeline Fairbanks.

It is not a phrase I use lightly, but this is another JAFF Gem!
Mr and Mrs Gardiner are a favourite couple of mine and a combination of Film and JAFF have made them, all the more dear to me. So of course, it only follows that I would jump at the chance to read a story on how they first meet one another.

Most of you know I simply deplore having to give anything away and often being as evasive with the details as possible. However today I have no choice but to disclose a wonderful surprise, Darcy, Georgiana and Charles also feature, plus others!!! And I cannot begin to tell you how very pleased I was to make this discovery.
It was lovely and funny to see that Mr Gardiner was looking for someone with the type of attributes Darcy would look for. In this, Madeline’s character is a mixture of both Jane’s genteel manner and Elizabeth’s sharp mind, well she certainly was very astute an observer, when it came to opinions on Mr Wickham and Darcy in canon, so no surprises there. This was another reason I enjoyed the story as the characters were so in keeping with how I expected them to be, more so Madeline than Mr Gardiner, as we see more of her personality in canon, yet seeing what would be decided for Mr Gardiner’s backstory was a surprise and what he would say was most novel. The two make a great pair and their courtship is very sweet. I very much liked the similarities that were reminiscent of D&E, Mr Gardiner believing that a woman with a clever mind was to be cherished and Madeline for always putting him at ease, with knowing just what to say.

“Fanny was quite delighted to marry a gentleman! A real distinction for the daughter of an attorney, you must understand.” She smiled indulgently. “Little Jane and Lizzy are so delightful, I am certain she must be a noble, wise lady-without her equal, I am sure. Oh, Mr Gardiner, are you quite all right?” she started in concern, for he seemed to have inhaled a portion of his tea.- N.Clarkston

The things Madeline would ruminate over in the inner workings of her mind, gave you a glimpse at her sound thinking and the advice she often gave Elizabeth in canon and still does in JAFF. That Mr Gardiner was so sensible and fashionable even then was great to see. That Madeline should speak so candidly and with an abundance of wit, that at times it was easy to see that perhaps, Elizabeth’s character was also shaped by her aunt as well as her father.
I will own, as much as I delighted in the inclusion of Darcy and said others, I was left constantly trying to puzzle whether or not this could be a ‘what if’ Prequel to P&P or a workable prequel. As I could not fathom, that they would cross paths and not remember, however on reflection when I look back on times I spent as a child on various different holidays and the friends I often made at one hotel or another, I would not be able to recall half their faces or names now, let alone where they hailed from. Therefore I conclude, this is a sound prequel to P&P and I loved every frustrating and  delightful moment of it! I grant you the only fault I could find was whether or not it was appropriate for Elizabeth to be walking the halls and stairs of the Inn unchaperoned, however considering her age I may be wrong in my assumption.

Back to the task at hand, it was funny to see a younger Mr Bennet, however his careless management of the welfare of his daughters was a little hard to witness, however after a moments reflection on Lydia’s faux pas, I think it is fair to say the author depicted his manner quite well. And why is it that Mr Bennet’s discerning eye is so frightful, he can make someone feel vulnerable, open and exposed with one look lol!

“His flights of fancy tumbled to the ground the instant he walked the lady through the door of the inn. Thomas Bennet reclined at the darkest and most private of the corner tables, nursing his pipe with the road dust still clinging to his boots. A wry curve defined his mouth, and those cunning eyes of his twinkled brightly when he observed the party just entering” - N.Clarkston

Oh, Darcy as a young lad is such a treat. More than a treat, Nicole incorporates scenes that seem to give clarity to others in canon. For instance, I could clearly see, after another firm reminder from Lady Catherine, how Darcy would see duty as important in regards to Elizabeth’s status. The heart wrenching thoughts of what his mother would think of his actions and his loyalty to her and her memory. I adored the fatherly advice Mr Darcy would give to his younger son, with one poignant scene giving an insightful perspective to Lydia’s later folly and Darcy's rescue, to see, the seed of this imparted from father to son was quite a moment.
I liked that Mr Darcy loved his wife, giving Young Darcy a marker for future felicity, rather than his father cheating and it being a result of him wanting to be the opposite, to his father. The many facets of Master Darcy that were revealed, made for a heart warming and funny tale.

"He darted a glance over his shoulder to be sure he was not seen, then he adjusted her short little legs so that she was sitting astride the horse’s neck. Unladylike though it might be, he did not care to rob her of stability in favour of propriety. There would come a day for that, but not yet." - N.Clarkston

From his early compassion and care for his three year old sister on horseback, in that we see so clearly where his caring nature for Elizabeth’s welfare comes from, to his early arrogance, which makes you laugh and say “oh dear, so Darcy, I see there is work yet to be done lol”

“Fitzwilliam,” Darcy spoke gravely, “Mr Bingley intends for Charles to study at Eton. We have written some of it during our other correspondence.” “Yes, indeed,” the businessman affirmed. “He is to take up residence next month!” William apparently had yet to learn to conceal his horror and astonishment, for his face bled of all composure. A tradesman’s son! What travesty had compelled the school officials to accept the man’s application? -  N.Clarkston

With all the ingredient's of a good JAFF, I seriously recommend you read this Gem of a book. From passages that remind you of lady Catherine, to delightful match makers and to being reminded of Caroline Bingley as a result of someone’s air and manner.  The inclusion of musings that lead you to think about P&P. To scenes, with the oh so popular, dreaded awkwardness, that leave the reader uterly delighted in the characters  discomfort or not!. To being reminded of just how much you love Elizabeth’s out spoken tongue, yet kind and caring nature. That Darcy’s horse has a personality. That anyone could be in awe of Mrs Bennet’s station in life, was but a taster of the humour throughtout. Need I go on? I doubt it, all that remains for me to say, is that I do hope you get to read this book very soon. 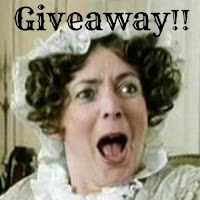 Nicole Clarkston would like to offer a copy of 'The Courtship of Edward Gardine to one lucky reader. Remember each blog tour also has a giveaway. The format is readers’ choice (eBook or paperback) and is open internationally. To enter please leave a comment below and the lucky winner will be announced on the  2nd December 2016!

I was given an ARC for my honest review.

The Courtship of Edward Gardiner

As always I delight in hearing your thoughts!
Posted by Unknown at 22:11